Restuadi holds a B.Sc from Atma Jaya Catholic University Indonesia and a Master of Bioinformatics (advanced) from The University of Queensland. Previously, he worked for Eijkman Institute for Molecular Biology Indonesia as a bioinformatician and getting involved in Pongo pygmaeus (Orang-Utan) conservation efforts for three years. He was joining the group as a part of his master program in 2014, working on the group’s Schizophrenia GWAS and whole exome sequencing data, before starting his PhD with Professor Naomi Wray in 2016. His current research is to investigate the genetic basis of Motor Neurone Disease (MND). Other than his research, he is particularly interested in philosophy and martial arts. 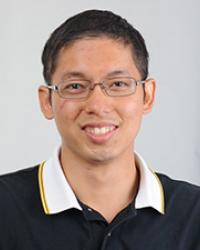