Fleur Garton completed a Bachelor of Applied Science (Sports and Exercise Science) in 2008 at the University of Sydney. Pursing an interest in the molecular basis of skeletal muscle function she completed her honours and PhD at the Institute of Neuroscience and Muscle research at the Children’s Hospital Westmead. Here, she was part of Professor Kathryn North’s team looking at the molecular mechanisms of ACTN3, the “gene for speed,” on muscle adaptation. Fleur remained with the team as post-doctoral researcher and spent two years at the Murdoch Childrens Research Institute, Melbourne. She was responsible for modelling the effect of gene dosage using rAAV vectors while helping to build the Athlome Project Consortium to understand the mechanistic extremes of performance and health. In 2016, Fleur was awarded a Bill Gole MND Postdoctoral fellowship from MNDRIA to join the team at CNSG. Focussed on the mechanisms of motor neurone disease, the project will pursue rapid improvements in diagnosis and treatments through the use of novel genomics analyses and patient disease models. 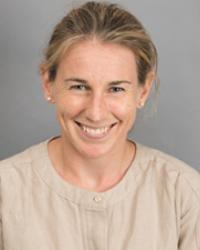