Jian Yang is a professor of statistical genomics at the Institute for Molecular Bioscience, The University of Queensland (UQ). He received his PhD in 2008 from Zhejiang University, China, before undertaking postdoctoral research at the QIMR Berghofer Medical Research Institute in Brisbane. He joined UQ in 2012. His primary research interests are in developing novel statistical methods to better understand the genetic architecture of complex traits and diseases, to identify putative target genes, and to improve the accuracy of genomic risk prediction using high-throughput genetic and genomic data. He was the 2012 recipient of the Centenary Institute Lawrence Creative Prize, in recognition of his contribution to solving the ‘missing heritability’ paradox. He was awarded the Australian Academy of Science Ruth Stephens Gani Medal for distinguished research in human genetics (2015) and the Prime Minister’s Prize for Sciences - Frank Fenner Prize for Life Scientist of the Year (2017). He was named in the Clarivate Highly Cited Researchers in 2018. 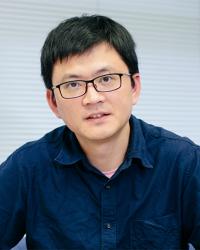